GARYTALK.COM – David Obey celebrated his 80th birthday October 3rd, 2018. For those of you who may not remember Dave, he was a United States Congressman, representing the Wisconsin 7th Congressional District in the United States House of Representatives from 1969 to 2011. Obey (OH-Bee) was preceded by Melvin Laird, who resigned to take on the responsibility of Secretary of Defense in the Nixon administration. Prior to becoming a Congressman, Obey was elected to the Wisconsin State Assembly in 1963 and served there until 1969 when Laird took on the Secretary of Defense job. Obey’s work ethic and political ideals impressed me enough to influence my decision to try the political arena, myself, for a brief time.

END_OF_DOCUMENT_TOKEN_TO_BE_REPLACED

GARYTALK.COM (09/02/2016) – It’s amazing that something I wrote years ago is just as true today as it was then, and, perhaps much more so. However, when you add the inevitable Donald Trump to the picture, the hateful rhetoric rises to fever proportions. Let’s spend a few moments reminiscing about my take on “Obamanos”, Republican obstruction, media misinformation and how it all has created the frenzy known as Trump’s Army of Supporters in this presidential election year.

END_OF_DOCUMENT_TOKEN_TO_BE_REPLACED 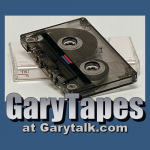 GARYTAPES is the place on Garytalk.com to find recorded radio conversations from the past. Many of the recordings involved well known people while others were just very interesting persons with interesting occupations or situations. The discussions originally aired during the latter part of the 20th Century. Gary Morgan has been lugging around at least 100 or more analog tapes and plans to share the audio as they are dubbed to digital, mp3 form.