GARYWORDS by The Real GabbyGary – I’m sorry, but, any truly conscientious person who has been paying close attention to the daily, real news coming out of Washington, D.C., the home of the United States Congress, White House and various federal agencies, should already understand why the Impeachment Inquiry in the House of Representatives is taking place. However, some comments made by Facebook Friends, indicate this is not the case.

END_OF_DOCUMENT_TOKEN_TO_BE_REPLACED

GARYTALK.COM (GARYWORDS 11-19-2017) – We’ve given some close scrutiny behind the headlines of the Frankenstory causing a stir of sorts. In reality, it’s not what it seems, but, the situation was bound to lead to this development. The stampede of ME-TOO-ism is muddying up the waters and, unintentionally, I’m sure, dirtying some fine people who have been doing some otherwise great things. Some of them, such as Minnesota U.S. Senator Al Franken (photo insert-left), have apparently not done anything terrible enough to warrant them resigning, as some people are suggesting. In Franken’s case, it just does not appear to be warranted.

END_OF_DOCUMENT_TOKEN_TO_BE_REPLACED

GARYTALK.COM (08/05/2016) – I just realized, it’s been awhile since I sat down at my computer keyboard to write something here. I’ve been busy with writing content and creating images for a couple of other websites, which hasn’t given me much left over time to write for these pages. So, with the sounds of Weird Al Yankovic doing his 1984 hit parody, “I Lost On Jeopardy”, coming out of my stereo speakers through the magic of streaming internet radio, let’s do this.

END_OF_DOCUMENT_TOKEN_TO_BE_REPLACED 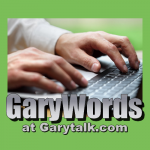 GARYTALK.COM (11/29/2015) – From time to time I will likely include a variety of ideas and not necessarily related comments in my Garywords at Garytalk.com. Some of the combination of words will be sentences which are stimulated by my reactions to posts I see on Facebook or Twitter. Occasionally some of these posts by my friends, relatives and people who follow me, or whom I follow, compel me to add a comment or two. Here are just three occasions from one recent Sunday afternoon.