GARYTALK.COM – I’ve not written anything for my GaryWords section of Garytalk for quite awhile. It’s not that I’ve taken a vacation, or anything as pleasurable as that. It’s quite the opposite. During my retirement years, I’ve been partially busy writing and editing content for eight websites. Additionally, I’ve been occupied with curating and processing photos for optimal internet viewing on and for the same websites. I also maintain each of the websites as webmaster, which requires a little, internal, technical work now and then. But, that’s not all. 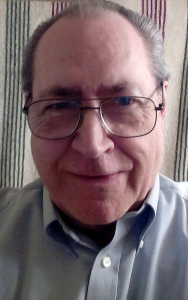 In a few of my other hours, I’ve been keeping abreast of the daily developments in the saga of the current state of the White House, Congress, Law Enforcement, and all that surrounds the so-called war between Trump and the news media. In addition, whenever I get a few minutes, I’ve been continuing attempts at authoring and editing additional chapters of, what I hope will be my first book, somewhere down the road, when I finish it.

I hate to unload on you, all of the things that occupy my retirement days, but there is more. Some of you may recall the occasional problems I’ve had with my internet radio station, GreatGold.fm Classic Hit Oldies. Several months ago I ceased the daily, 24 hour streaming of the feed, because of mounting expenses involving music licensing fees to continue operating a legal station.

I’ve switched over to a different streaming service in hopes of getting rid of some of that expense. Radionomy.com is now inserting commercials into my stream twice an hour. Income from running the commercials will, hopefully, pay the costs of playing the music for listeners. All of the music I had on the streaming platform I had been using prior to Radionomy must be transferred to the Radionomy provided platform, which becomes a time consuming effort that is falling into place, although still in progress as I write this.

On a personal note, life can be literally slower when one reaches the lower mid-70s in age, causing activity and projects to be accomplished at a slower pace. Plus, I may have had a bit of food poisoning, or a bug of some sort, the other day, sending me to the bathroom numerous times for several hours. All is better now, but, then there’s the daily discomfort of neuropathy they tell you about in those commercials on television. Until I started experiencing the sensation, I had thought they were exaggerating the sensation to sell medicine, but, I have since learned, it is absolutely not pleasant.