GARYTALK.COM (02-14-2016) – In this presidential election year, as in every election cycle, people are influenced not only by political advertising, but, also by the voices they hear on their radio, tv, internet and cable stations. It’s true, opinions are shaped also by commentary in newspapers, magazines and website blogs, but this is about the fact that those who control the airwaves have control of the thoughts and actions of voters.

The radio world is particularly guilty of the lack of varying viewpoints, caused by the concentration of station ownership. Nearly every radio market in the country has only one talk radio station to choose from. That one station most often is limited to just one viewpoint: The Conservative/Republican side of the political spectrum. Opposing viewpoints are no longer available for listeners to hear on broadcast radio stations in most cities throughout the USA. Let’s examine this situation a bit:

Downsizing in Radio Broadcasting began when the Federal Communications Commission (FCC), many years ago, relaxed rules about how many stations one company could own. It has easily gotten to the point now where only a handful of companies own most of the stations in the United States. It’s also often that one company owns all or most of the stations in cities which have multiple stations.

For starters, there are three things wrong with that scenario: (1) Too much control of information and one-sided political viewpoints. (2) One staff for many stations instead of many staffs for many stations. (3): There have been fewer and fewer Broadcast Announcer jobs each decade for several decades.

It can happen to anyone in Broadcasting at any moment. I hate to say it, but, I would not be surprised that there will be no actual people behind “live” microphones at any radio stations, anywhere in the U.S., except for Rush Limbaugh and others who often mislead listeners with inaccurate, not fully truthful accounts of what is going on in the world.

Of course, sadly, that’s probably what was planned all along, when multiple radio station ownership rules were changed. Did you notice, or realize, that most of the radio stations in this country are owned, managed and manned by people who lean toward the Republican Conservative side of the political spectrum? You can bet that’s not by coincidence.

Control The Airwaves and You Ultimately Control How and What Your Listeners Think, especially if listeners have no other source for information and opinion. If listeners in any particular community, anywhere, are bombarded with a steady diet of Slanted Shock and Awe, It’s logical that those listeners attitudes and thought processes will be changed. Do you think there’s no connection?

As proof of my contention: There’s a State Assembly Seat that had been held by a Democrat for more than three decades. During that time he was an excellent representative for the area, doing so with high ideals and constant concern for his constituents. Also, during the time he served in that capacity, the local radio station presented a variety of viewpoints, giving the listener accurate information about issues from as many sides as possible, so listeners could make up there own minds.

Then the local station was sold; programming became all Republican, so-called “Conservative” views, all the time, and the minds of people began to change, until, a Republican was able to gain enough votes to overtake the veteran statesman. I’m sure an abundance of anti-incumbent advertising dollars had something to do with unseating the Democrat, but, this is about the undue influence wielded by the one-sided viewpoints coming from far too many radio stations around the country, and, it. unfortunately, being the ONLY viewpoint available in far too many communities.

It is logical that those who control the airwaves also control the thoughts and minds of men and women. If you tell people what to think often enough, they will soon believe it must be true, and the thoughts inside their heads are there own. And, they will act accordingly at the voting booth, often going against “common sense”; against the “logical”; against the “better choice”; and against “their own interest”.

The sad thing is, it has been happening far too often, to a large degree because the average listener to local radio does not have more than one set of voices to listen to for the information they should be getting so they can make up their own minds. People have even been electing political office seekers who turn out to be, for example, Governors, Senators, and Representatives, who take rights away from the people who elected them. Through these actions, these elected officials threaten the way of life that we “all”, deep down, want to continue.

Let’s hope people wake up to the reality that, if they are listening only to so-called “Conservative” talk radio and only viewing Fox-News, etc.,  they are not really in control of their own thoughts, nor of the urges to vote the way they do. It’s best to hear news and opinion from more than one source, from more than one viewpoint, from more than one slant. Then, maybe, you’ll actually come to a decision, an opinion, a thought, an action, that is based on having all of the information you need to come to a sane, rational and logical choice, not one that you were TOLD was the “right” choice.

The trouble is, most communities no longer have more than one commercial station providing news, information, opinion, conversation and talk programming. That situation is largely because a handful of companies own far-too-many radio stations and other news and information outlets in this country.

There must be diversification of ideas from all sides available to all of the residents of the United States, So We Can Keep The Freedoms This Country Was Built On. So we continue to have the FREEDOM to think the thoughts and do the things we want to do, because WE think it is the correct thing for us to think and do, not because we were duped into believing what that one-sided voice coming from our radio speaker drummed into us.

Something must be done about Multiple Radio Station Ownership Regulations. Those Who Control the Airwaves Control the Thoughts, Minds and Actions of Men and Women. That, at the very least, is Detrimental to the Well-Being of Our Democracy.

This article by Gary W. Morgan was originally published February 10, 2012 as Those Who Control the Airwaves Control Our Thoughts And Actions. It is just as true today. – GARYTALK.COM 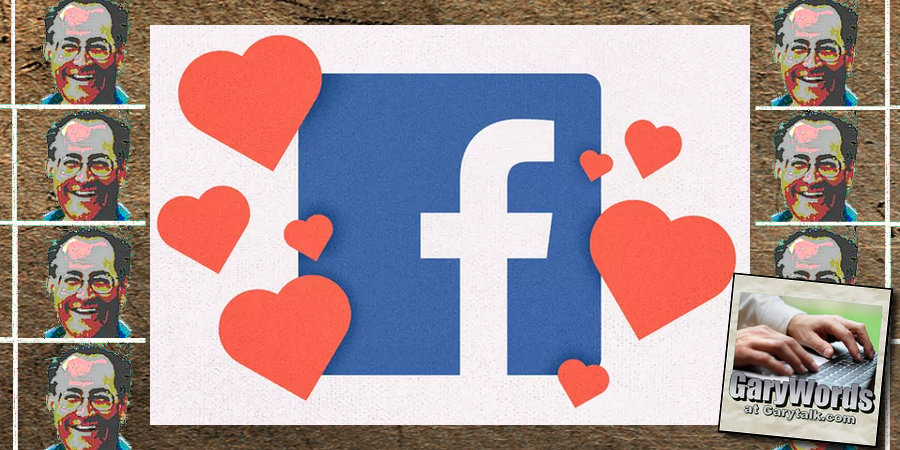